I should be getting my tax stuff together. There’s no reward in doing that. I won’t be getting money back. If I don’t, however, I’ll be punished. The IRS has punished me enough, thank you. I certainly don’t want them in my life, on my back, again. So, I’ll do it. I’ll do it with resentment, but I’ll do it.

Makes me think about how dog training has evolved over the years. In the past, training centered more around punishment than motivation. Routine obedience classes required a choke collar. The dog was taught through corrections, then praised. Food motivators were a no-no. In about 1995 clicker training was introduced to the canine world. I was so excited to learn the scientific principles and the techniques! Because Lhasa Apsos whole heartedly resist ‘do it or else’ situations, I had long ago tweaked my own methods of training. Positive reinforcement is the term for what I used, but I didn’t know that then. 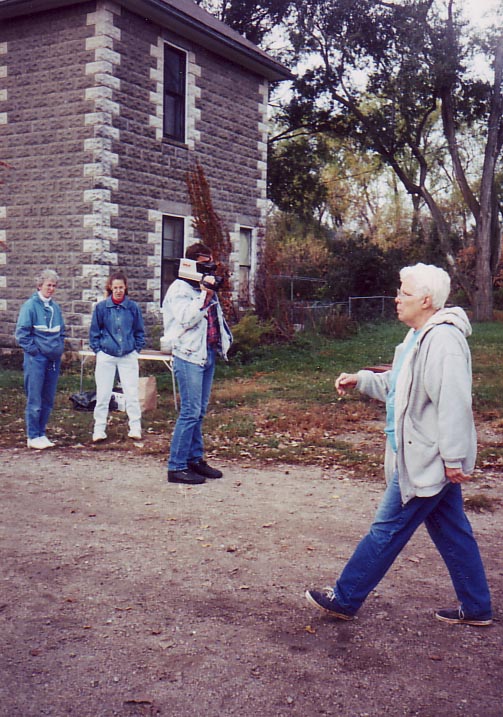 I came upon these photos while doing homework for the Library of Memories I’m taking as an alumni. Just found ’em too! This is rewarding! More fun than taxes, that’s for sure.

Thursday night Margo started Puppy Socialization class with Ana from Training With Grace. Her classes are in Evergreen, which is very convenient. It was an interesting class, done differently from other puppy classes I’ve enrolled in. She wore the leash, but we didn’t use it. Two of Ana’s adult dogs were utilized. We spent lots of time sitting on the floor touching the dogs’ feet, ears, teeth, gums and tongue. There was no homework this week. Next Thursday, Danny and/or Anna start Family Dog class with Ana. And Friday morning Edie starts her Rally course. Mom would be proud of me!

Friday I spent the afternoon at Andrea’s beautifully renovated mountain home with her and Linda Bell, another Tibetan Terrier breeder. Time flew so fast. The food was delicious. The wine flowed freely. And the conversation even more so. Andrea is always good for stimulating, intelligent conversation. Linda and I have been down similar paths regarding genetic disease, trying to do something positive for our breeds. To be able to share with someone that’s had lots of the same experiences was great. Rather than looking at me with astonishment for some of the seemingly off-the-wall things I say, she understood. Maybe one day down the road I’ll step up on my soapbox, but I’ll leave it at that for today.

Yesterday Rick and I explored options for rehearsal dinner, drank some tasty brews at a couple of pubs and then enjoyed a leisurely drive home on mountain back roads. We settled in to watch Surfwise, a documentary about the life of 85 year old Dorian “Doc” Paskowitz, a renowned surfer who brought up nine children in a camper on the beach. The story was interesting, particularly hearing from his now grown children.

Samantha stopped at the house after doing kennel chores. She’s been accepted to University of Northern Colorado and had just received her financial aid information. Thankfully, she was awarded four grants, workstudy and only a very small percentage of student loans. She’s gonna be able to make this work! I am so proud of her and her determination to be the first one from her family to receive a college degree. She’s worked for me since 2001. Yep, she was 11 years old when she started working for me. I’ve known her since she was born, seeing her for the first time in the hospital, born six weeks early. Scrawny kid, that’s what her mom called her. I walked into the hospital and Carol said, “here’s my scrawny kid.” Samantha struggled especially during grade school, labeled in pre-school as ???? some crap label I never believed. Once she was labeled by the system, it took years for that damn label to disappear. Since middle school, her grades have been excellent. That scrawny labeled kid has grown into a stunningly beautiful young woman, inside and out. I am so proud of her!

Today Vincent goes to his new home. This coming Thursday Zena flies to Montana to live with her granddam Dancer, great-granddam Starr, and great-aunt Spirit. Guess I’d better get on with my day, wash Vincent, continue my homework and get the damn tax stuff together. One item simply to avoid punishment; the others will be rewarding.