While most of the country has been subjected to freezing temperatures, it’s been balmy here in Colorado’s Rocky Mountains. Anna has a unique twist on caring for her Lhasa Apso puppies. Never accuse her of being over-protective! Or hovering! She feeds her puppies. She cleans her puppies. But, she’s more interested in life outside the puppy pen, unconcerned about puppies fussing. Even Rick commented on the difference between her and Ponya’s mothering style. Ponya – an over-achiever in mothering. Anna – a laissez-faire approach. The puppies thrive, no matter the approach.

This morning while I was photographing her puppies, she did seem concerned about their absence. Not upset. Just a wee bit concerned. 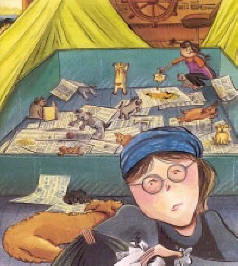 Given the economy, it’s a bit unsettling to have puppies, puppies, everywhere. Each litter is planned to further the breeding program, not for economic gain. So, at least one puppy from each litter stays. From Redd’s litter in Michigan, between Pauline, Julie and I, at least two puppies ‘stay’. Given Anna’s daughters, I very well may have the ‘luxury’ of growing up two before selecting. Julie is doing something similar with Avery’s puppies. Here a puppy. There a puppy. Puppies in Michigan. Puppies in Minnesota. Puppies in Colorado. Everywhere a puppy, puppy.

Fortunately, the Lhasa Apso litters are scattered about the USA, rather than about…for instance…my house! One litter is fun. Three at once??! Not so fun! Here’s what Julie had to say…

They are a fun, healthy litter. They have been in a 2 x4 pen since the day they were born and have been crawling from one end to the other since the first week. Last night was the first time they came out to play and Kaylee took these pics.

They are starting to play with toys and making little barking sounds when you come in the room.  I’m enjoying them at this age.  I like that I don’t have to feed them or pick up poop, yet!  I just get to hold and love them, I wish they would stay this age for a lot longer. 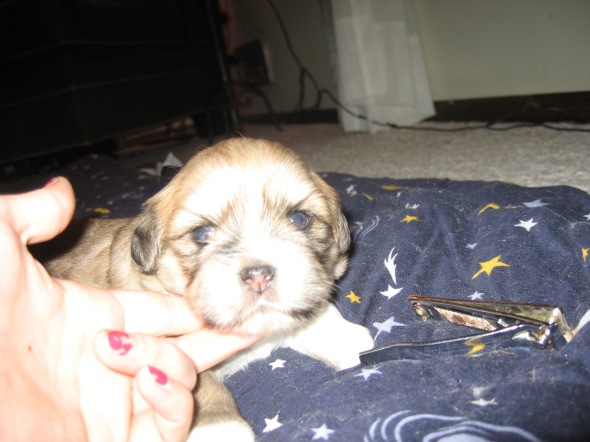 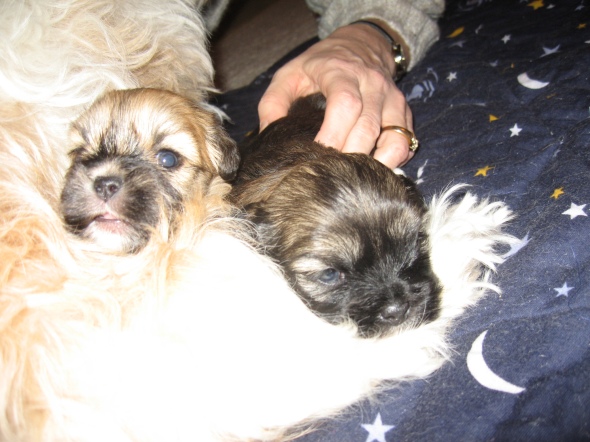 Remember all that geek stuff I’ve mentioned the past few weeks…well, I tried a SEO tip and it worked! Awesome! Gotta love learning with podcasts! Onto Flickr streaming!
Heard from Alma this week:
Tune in to see AKC Champions in Action!

The AKC Agility Invitational will air February 7th at 8 PM (EST) and February 14th at 4 PM on Animal Planet.

This lazy -ahhh! – afternoon beckons me to sit in my chair and read a book. Fiction, not some technogeek hooplah!