Life goes on. Occasionally one is rudely reminded of life’s tenuousness. Jeff. Then one is quickly reminded life goes on. Ponya’ puppies are due the next several days. Given Murphy’s Law for Breeders, they’ll probably arrive Saturday afternoon. Jeff’s funeral is at 1:30.

Puppies rarely arrive at a convenient time. For me, that would be a Thursday evening between 5 and 7. They usually arrive in the stillness of the night. Lack of sleep is the only inconvenience. The stillness of the night is actually a good time, I think, for such a tumultuous process. For a week prior, my expectant mothers are with me 24/7. They have been along for many family occasions, from New Year’s Eve to birthdays, but never a funeral. If she’s in labor, she’ll stay with Mary for several hours. Otherwise, she’ll be with me…well, I will leave her in the car, discreetly checking in during the service.

Mary is a very experienced mid-wife. She’s 20 minutes from Dr. Hess. While I’m not expecting problems, Ponya’s pregnancy isn’t status quo. She’s seven years old. It’s her first litter. If the situation with the Gompa lineage were different, she wouldn’t be having her first litter at this age. The lives she’s (hopefully!!!) bringing into the world are important to the Program.

As Joni Mitchell sang in The Circle Game: 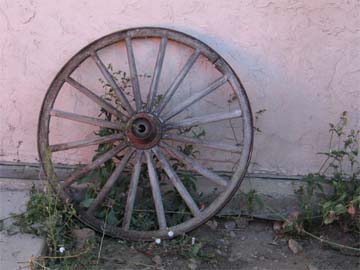