Every Dog Has A Song 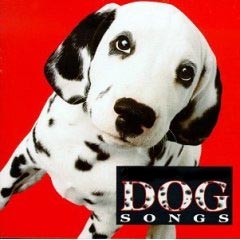 Tess has a fluffy, silver tail that bumps and grinds in the most
seductive call to play or dance.  Without a doubt, her song is The
Stripper by David Rose.
Petey is always on the prowl for socks and you can hear the patter of
his paws, tapping ever so quietly towards the bedroom, as he snickers
his toothy, wolfy grin.  His melody is the Pink Panther by Henry
Mancini.
Sophie greets each day with leaps and spins and hurdles her little
terrier body into a furry explosion of happiness.  She owns
Beethoven’s Ode To Joy!

5 Comments on “Every Dog Has A Song”