← Playing with the dogs this past weekend
Dance on! →

Elliot, the Fast and Furriest

Overshadowed by the Gompa wins, only my close friends know what Elliot finishing his Championship that same weekend meant to me. Well, and maybe the lady that quietly presented a kleenix over my shoulder after the judge pointed to him for WD.

Champion FFT MeLou Spill The Wine. Elliot. You’ll find the letters in his call name in his registered name. His father is Ch. FFT No Wine Before It’s Time. His dam, the fabulous Josie, was sired by Connor. Josie is the only Grand Champion Master Agility Champion ( MACH6, I think) Lhasa Apso. She’s currently the #1 agility Lhasa in the country. Elliot’s sister, is #3. Elliot came home with me 4 years ago as a 3 month old puppy, expectations of another champion and the beginning of my journey Down The Quiet Path.

We started agility training with Puppy Foundations shortly after. 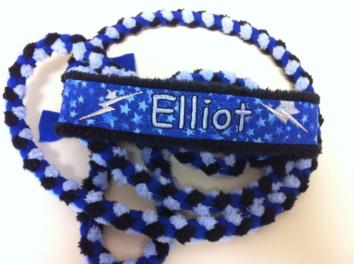 He is also the most hyper-vigilant, sensitive to his environment dog I’ve ever had. That has been a HUGE challenge. Two years ago Elliot and I traveled to MN for the Specialties. A fancy dog, he was in top show condition. Having finished too many Champions to count, I deemed him ready for competition that weekend. I’m usually right on. Each day his attitude in the ring declined. The final day the worst. There was a grooming setup ringside with a high-velocity dryer running the entire time he was in the ring.

Elliot was not shown again until this past April. The two years in between we continued agility training, along with playing conformation after agility class.  A small show in a small town at a small county fairgrounds in Nebraska (my home state) we met Melissa and Julie. Elliot was going to MN for a few months with three goals in mind. A breeding. A permanent height card. A Championship.

What happened at that small show in that small town was awful. I still feel like I threw Elliot under the bus. His head and tail held high, we headed around the ring and made the first corner. With ‘perfect’ timing a high-velocity dryer – not 10 feet from the next corner – went on. His tail dropped as we continued to head that direction. What could I have done? I still ask myself that question. Pick him up and ask to be excused?

A Championship title? Oh if only Melissa could pull it off! She showed him two weekends using different strategies each weekend. Still struggling, he picked up a 5-pt. major the first weekend (photo below). MN Specialty weekend he was spot on, tail remained up even as 2 different judges reached down and touched him at the end of the down and back!  Gulp! This time as the weekend progressed, he only got better in the ring. The last day, the day he finished he stood out above all the other dogs. And I don’t mean height-wise. Another goal, his permanent height card lists him at 10″.  There was no denying him that win. What a great way to finish his title!

I am anxious to bring him home. Once again we’re meeting midway. This time at an agility trial.  🙂 As an FFT dog, he’s part of my Fast & Furriest Team. 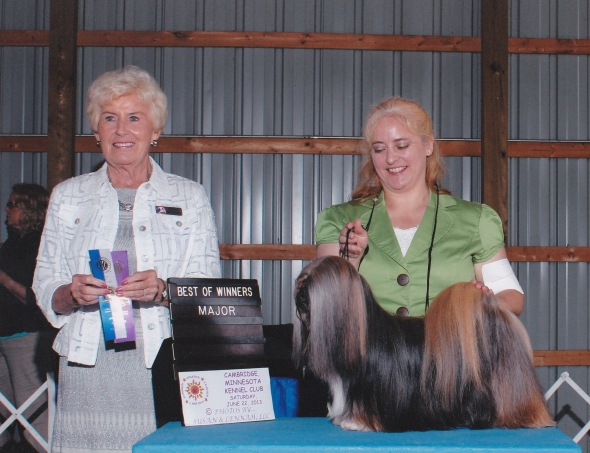