Gone but not forgotten

It is with great sadness, but wonderful memories that I share with you that today was CH. TIMBERS’ MITOYA CONFIDENTIAL—CONNOR, last day with me.

At just 3 weeks shy of 15 years old, his body was in pain and could no longer hold him up.  Connor was a stand out early on as a puppy, his carriage, attitude and structure had him placing in the breed ring at a very young age.  He won breed and placed in group from the classes. Connor was a great ambassador for our breed, I remember having him at the state fair and he sat on his table, so proud and regal like the sentinel dog he was.  Allowing the 100’s of people passing by to pet him, and loving every minute of the attention.  In fact,  Connor’s biggest contribution to my breeding program was his temperament, passing on his outgoing attitude and fear of nothing.   He was a vibrant healthy dog until just the past few months.
Connor leaves behind a full legacy:

and I’m sure I am missing someone.

Connor was out of BISS CH. Woodlyn’s Dust Buster and CH. Timbers’ Applause Applause.  He was born at a time when things for Debby and me were at a turning point in our breeding program and I owe a lot to Connor for keeping me in the world of lhasas.
Connor was a easy dog to live with and my kennel feels empty without his presence.

I did realize today that my 4 week old puppies are great great granddaughters of Connor.

Connor and Pryor (Connor has the dark mask) 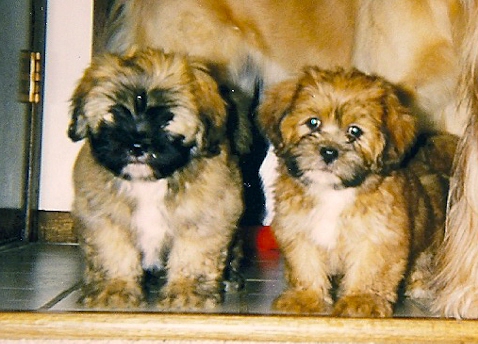 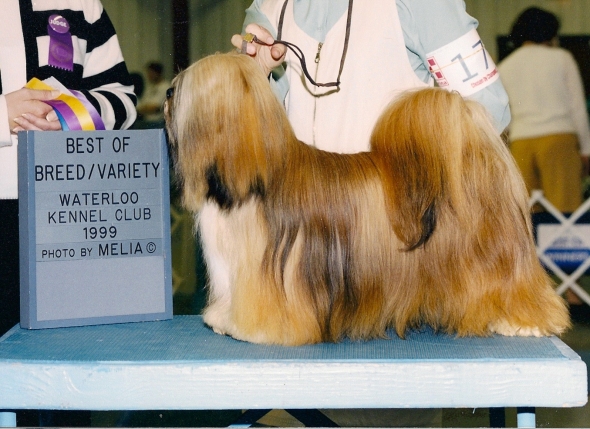 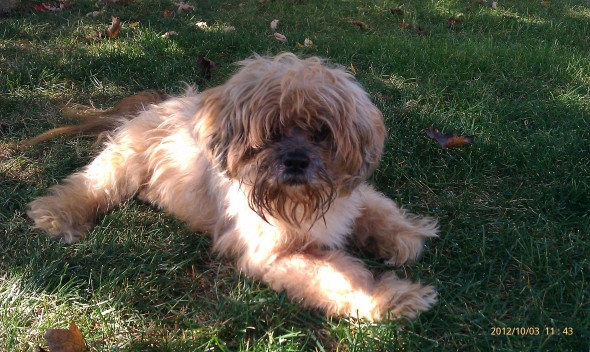 6 Comments on “Gone but not forgotten”