The canines of the Mystic Krewe of Barkus trotted, rolled and barked their way through the French Quarter Sunday with their parade themed, “A Broadway Tail.”

New Orleans’ only Carnival parade for dogs, the canines of Barkus and their owners happily trotted down the streets of the French Quarter under partly cloudy skies.

Each year, the krewe’s queen is a rescued or adopted dog.

Barkus is a nonprofit organization. The krewe’s board of directors donates proceeds from merchandise and the ball to animal welfare charities. 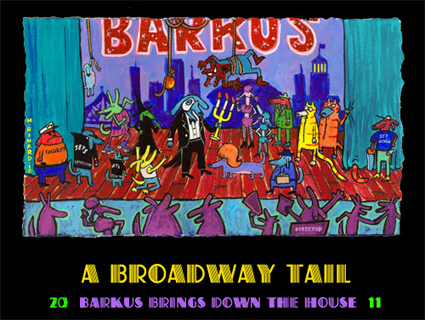