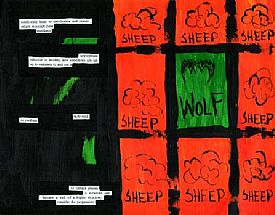 In all affairs it’s a healthy thing now and then to hang a question mark on the things you have long taken for granted.  ~Bertrand Russell

An understanding of how our standards were derived, the era and the political climate in which each was written is important when considering the Lhasa Apso. A study of Tibetan culture and history, the role the Apso played in daily monastery life and an appreciation of the environment which formed this ancient landrace are equally important.

Found An 1897 Standard by Leslie Baumann